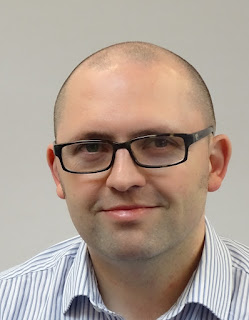 Hi, my name is Giles Johnston and Smartspeed is my trading name.

Hiring a consultant is often a very personal thing, so let me share with you a little of my background so that you can get to know me a bit better.

My fascination with all things production began when I was about 14 years old. I visited a forging plant on an open day and was allowed to have a play with the controls of some very large hammers. I thought that the idea of making things on this scale was really exciting. I asked my father what kind of jobs there were in factories, his answer was ‘engineers’.

It was at this point that I decided that I’d like to become an engineer and, so, after doing my GCSEs and A-levels I signed up to complete a degree in engineering.

internationally recognised one) and realised that solving production problems was just as much fun as I thought it would be.

After graduating from university I went to work in my first ‘proper’ job at a rubber moulding company. The graduate training scheme was cut short and I was given a baptism of fire bybeing given control over a loss making business unit with 35 operators running a 24 / 5 shift pattern… interesting days. After a near mutiny and some frank conversations, the Team Leaders and I shaped this limping part of the business to become the most profitable business unit in our division. To achieve this result I worked with my team to triple the output of an originally troublesome machine, fixed our scheduling problems and helped to implement ERP across the site.

I’d originally planned to become a Chartered Engineer (CEng) and hoped my next role as a Project Production Engineer for a large Japanese wiring business would help me to achieve this . Although this role didn’t appear to be getting me any closer to my CEng ambition it was invaluable in terms of learning what Lean Manufacturing really was and going through the Toyota Production System as a tier one supplier. I decided that my future wasn’t with this organisation and, after a technology transfer of the production out of the country, I moved into the power generation sector.

Wow, this was my playground. I got to complete such a breadth of manufacturing engineering projects that my CEng status was soon achieved. I also decided to complete a part time Masters degree in Strategy and Resource Management to broaden my thinking. After achieving both of these goals I was asked if I would transfer into the production side of the business as we were struggling with output. I had also implemented the majority of this business’ ERP system and so this was an interesting challenge to undertake.

After several months of misery, and overseeing chronic poor delivery performance to our customers, I finally got the break I needed. I negotiated with my colleague to protect some of my time to enable me to implement some of the changes we needed. I levelled production, fixed our contract review process, implemented shop floor data capture, built a capacity planning tool, introduced exception reporting and coached my Team Leaders to manage the performance in their own areas. The changes paid off and I was then able to snowball these gains to the point where my daily responsibilities only took minutes out of the day. Between myself, my colleague and my Team Leaders we were able to convert our awful performance (22% average on time in full delivery performance and a 19 week manufacturing lead time) to become the best in our market (98% average on time delivery performance and a 3.5 week lead time). I left the business to pursue another adventure, but watched the business steadily increase its gross margin as it tripled its turnover without increasing headcount, using the system that we had put in place. Very satisfying.

My next job was with a prestigious local university working as a Senior Engineering Consultant. After working with a number of local businesses I then took a couple of weeks off to get married. After being quizzed by numerous people on the honeymoon about what I did I realised that my future did not lie in this job. But where did it lie?

Setting up Smartspeed… through to today

The moon and the stars aligned, and a number of offers came my way. One of them was so tempting that I took it, and ultimately it launched Smartspeed back in November 2005.

Since then I have worked with many different businesses, mainly in the manufacturing sector; manufacturing is a great industry to be involved with and this job has been by far the best job I have had. Along with delivering my consultancy services I have written a number of short how to guides, which I have published on the Amazon Kindle platform, some in paperback and one of them has also been translated into Vietnamese.

I am also involved with the IET (Institute of Engineering and Technology) as a mentor up, helping up and coming engineers to achieve their CEng status. It is with the IET that I have my engineering fellowship.

Ok, enough about me!