Are You Waiting For Perfection?

Over the past couple of weeks I have had numerous conversations with my clients about getting started with improvement activity, when a 'perfect' solution is still quite a long way off. Getting started is often one of the biggest hurdles when it comes to making process improvement changes within a business. Getting started anyway can bring with it several benefits.


I know that something that many of my clients share is a problem trying to get people together to undertake a new meeting format (such as a contract review process). Several of my clients in the past have had a similar issue regarding perfection. The system changes would take several months (aka 'perfection') but they could still create a manual process, that would be just as effective, and start it today. The manual version was slightly less efficient than the system version, but the habits of getting people together and doing the right things process wise were invaluable. When this happened in reality the businesses in question were truly ready for the updated system process, a great result in its own right let alone the fact that they had already been running an improved process for several months.

There are also some things that you just can't imagine or see prior to actually doing it. I would like to say that after years of running many successful business improvement projects that I know all of the obstacles, but I don't. A good example of this was when I was organising a handover process between functions at one of my client's businesses. Despite having done the research and reviewed the existing processes I was not prepared for the perceptions presented within the first handover meeting. I was also not prepared for the quirks in the business that never made it onto the process maps! So, what I thought (and my client's senior staff too) was perfection was in fact about 90% right. The feedback from this first session allowed me to make the necessary changes and perfection was then only a couple of further tweaks away.

Breaking improvements down into phases is another way to get away from the 'waiting for perfection' syndrome too. I know that when an improvement needs to be tackled it needs to be done in several phases, rather than jumping to the goal immediately. Whether you need to do something to buy some of your team some time to do the work, or there is a testing phase, the reality of most improvements is that they are a combination of steps combined with experimentation. Neither of these two elements lend themselves to reaching perfection immediately.

I'm not suggesting that we should settle for second best, or not try to implement a plan that doesn't look right. There have been lots of quotes about this very subject, one of my favourites being:

"You'll never be ready, so do it now anyway" (Unknown)

If your business is getting stuck with 'perfection' then maybe it is time to try 'fit for purpose' and see how that works out for you. 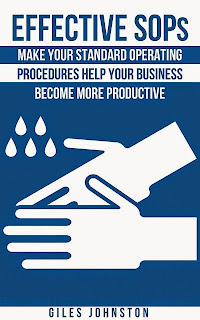 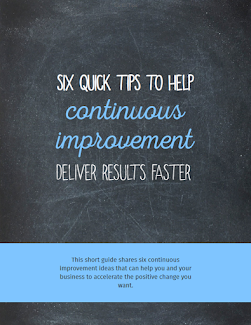